The breath-taking sailing route between Bergen and Kirkenes has served as a link between towns and villages along the Norwegian coast for over a hundred years, and still does to this day. The route is currently being renewed with new ships and environmental upgrades, including new energy-efficient engines from Bergen Engines.

New Havila Kystruten flagship vessel enters operation
The first of the four new eco-friendly Ro-Pax vessels of Havila Kystruten, the Havila Capella, went into operation in December 2021. Havila Capella and her three sister vessels are equipped with two Bergen C26:33L6A and two C26:33L9A gas engines each, in addition to a large battery pack. The liquid natural gas used in these engines reduces CO2 by 25 percent and NOX by an astonishing 90 percent. The engines can operate on variable speed to reduce both fuel consumption and emissions further.

While Havila Capella is already touring along the Norwegian coast, the additional three ships are at sea at the Tersan shipyard in Turkey. The next ship, Havila Castor, is scheduled to start operation in May. Thereafter ship three and four, Havila Polaris and Havila Pollux are following in the fourth quarter of this year. In total, Bergen Engines is delivering 16 powerful engines to Havila Kystruten.

The three ships will be converted into hybrid ships, where the new engines will operate together with a battery pack. They will also be equipped with Selective Catalytic Reduction (SCR) to ensure optimal emissions control and compliance with IMO Tier III regulations. With this new modern technology, Hurtigruten aims to cut CO2 emissions from their operation along the coast of Norway by at least 25 percent and NOx emissions by as much as 80 per cent.

One of the other seven vessels, the MS Vesterålen, was already upgraded with two Bergen C25:33L9P diesel engines and SCR in 2019. The Bergen engines they replaced had then reached over 200,000 running hours.

Bergen Engines’ relationship with Hurtigruten goes all the way back to 1956. Since then, numerous Bergen engines have been operating along the famed Norwegian coastal route. 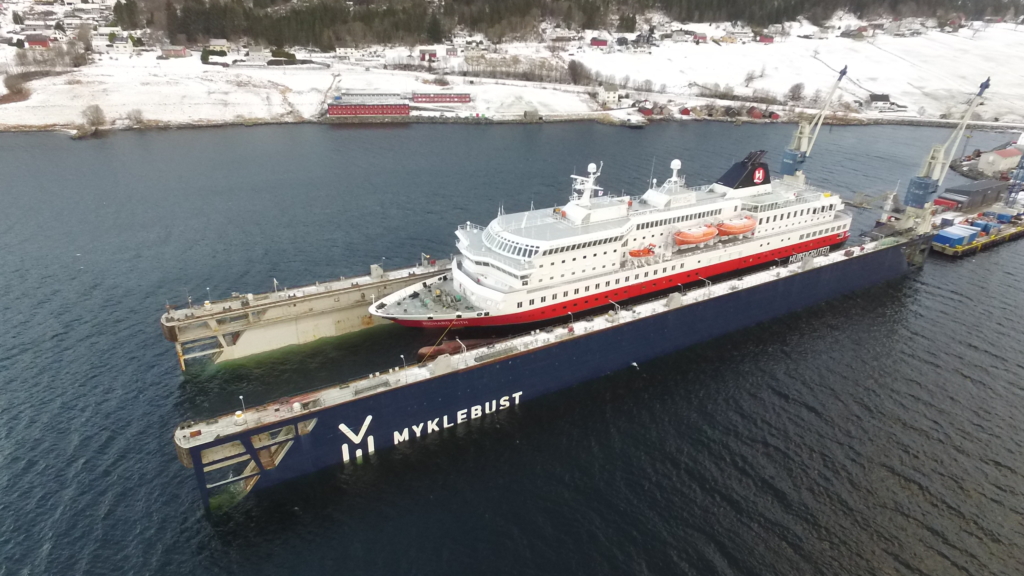 Havila Capella and her three sister vessels are equipped with two Bergen C26:33L6A and two C26:33L9A gas engines each, in addition to a large battery pack. Photo: Havila