Watch the video of technical experts at Bergen Engines describing our journey on the development of zero carbon emission engines and the initial results when running the engine on 15 %v hydrogen.

In 2021, Bergen Engines launched a comprehensive programme, to develop zero carbon emission engines. The first tests on a B-Series Bergen gas engine, running on a blend of 15 %v hydrogen and 85 %v natural gas, have been successfully completed without any hardware adjustments. The retrofit solution will allow a gradual transition from liquid natural gas to 100% green hydrogen fuel.

“Projects like this normally come with some bumps in the road. The biggest surprise in this project, is that there have not been any surprises. We have already run the engine with high levels of hydrogen in the fuel, and we have revealed that it is actually improving some of the combustion properties of the fuel”, says Bjørn Ottar Bruvik, Manager Laboratory. 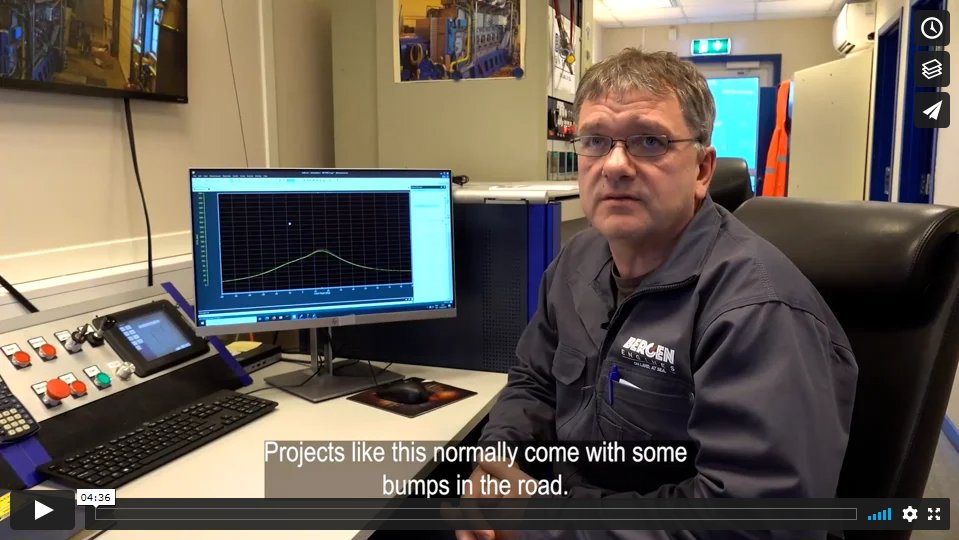