When Bergen Engine’s new owner, Langley Holdings plc, visited Bergen Engines at the end of last year, Chairman and CEO, Mr Anthony Langley gave the green light to a €4 million research project, to be funded jointly with the Norwegian government. The Ammonia Zero Emissions project (AMAZE) is developing the use of ammonia as an alternative fuel for ship’s engines.

AMAZE was launched by Bergen Engines in January 2022 to develop technology for a fuel-flexible internal combustion engine with carbon-free ammonia as the primary fuel. The development goal is a multi-fuel engine able to switch seamlessly from ammonia to diesel or other low-carbon fuels such as biofuels. Advanced fuel injection and combustion technology is expected to ensure high efficiency and close to zero emissions.

AMAZE is a three-year technology study led by Bergen Engines in collaboration with Equinor, SINTEF Energy Research, SINTEF Ocean, Norwegian University of Science and Technology (NTNU), and RISE Fire Research. The partners share the common goal to support the maritime industry in reaching climate neutrality, and will contribute with research and development in their respective areas of expertise. The €4 million project is being funded jointly between Bergen Engines, the Research Council of Norway and Equinor.

A zero-carbon solution accessible for the existing fleet

The AMAZE project is a response to the increasingly stringent emission requirements for the shipping industry. Fossil fuels have the highest energy density of all known fuels and are therefore also most used for shipping. Carbon-free hydrogen has the lowest energy density per unit volume and is challenging to use for deep-sea shipping as it is very space-intensive. Ammonia is a derivative of hydrogen. In liquid form, ammonia is a promising carbon-free fuel for deep-sea shipping, as it has a higher calorific value than hydrogen per volume basis, and it is therefore easier to store and handle..

“The AMAZE technology will allow shipowners to meet emission reduction targets in a cost-effective manner. Following the study, we aim to eventually develop a retrofit package that is economically viable and easy to install to ensure the continued use of existing equipment and mitigate the risk of stranded assets. Retrofitting opens the possibility to remove millions of tonnes of potential CO2 emissions from the existing fleet by switching to carbon-free fuels enabled by the AMAZE project”, says Therese Aalhus, Head of Engineering in Bergen Engines.

Engine lab-testing and experiments are done in close collaboration with NTNU and SINTEF, at their premises in Trondheim.

“The AMAZE project aims to revitalise the conventional Bergen diesel engine, turning it into a high-pressure multi-fuel unit. The technology is expected to represent a breakthrough within ammonia operated internal combustion engines (ICE), as the engine will burn ammonia with compression ignition and direct high-pressure fuel injection. It will limit the amount of unburnt fuel being released into the atmosphere while preserving high thermal efficiency and ensuring fuel flexibility”, says Therese Aalhus.

Since carbon-intensive diesel is used to start the combustion with pilot injection, the project will investigate injection timings and strategies to minimise it, keeping the overall greenhouse gas emissions to a minimum.

Combustion of ammonia can result in nitrous oxide formation, which is a highly potent greenhouse gas. AMAZE will aim to mitigate such emissions directly in the combustion process.

Visit our Bergen Engines booth B01-18 on 4-7 April at Nor-Shipping in Oslo and talk with our engine experts on how we can help enable zero carbon shipping. 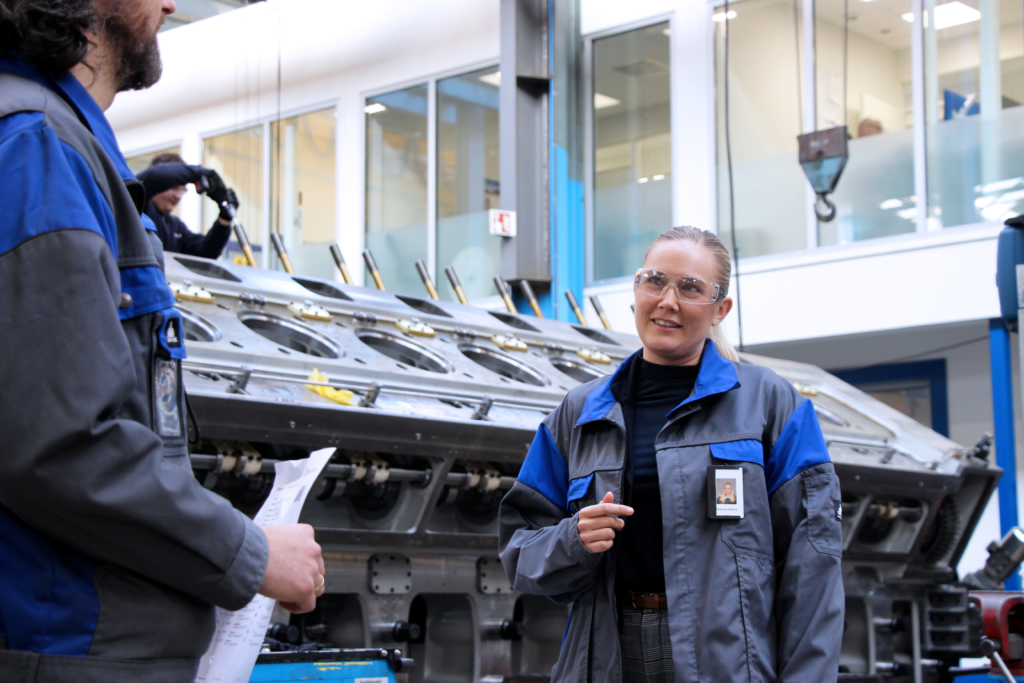 Meet Therese Aalhus, Head of Engineering in Bergen Engines, and other engine experts at stand B01-18 at Nor-Shipping to get first-hand information about our engine offerings and our plans for zero carbon fuels. 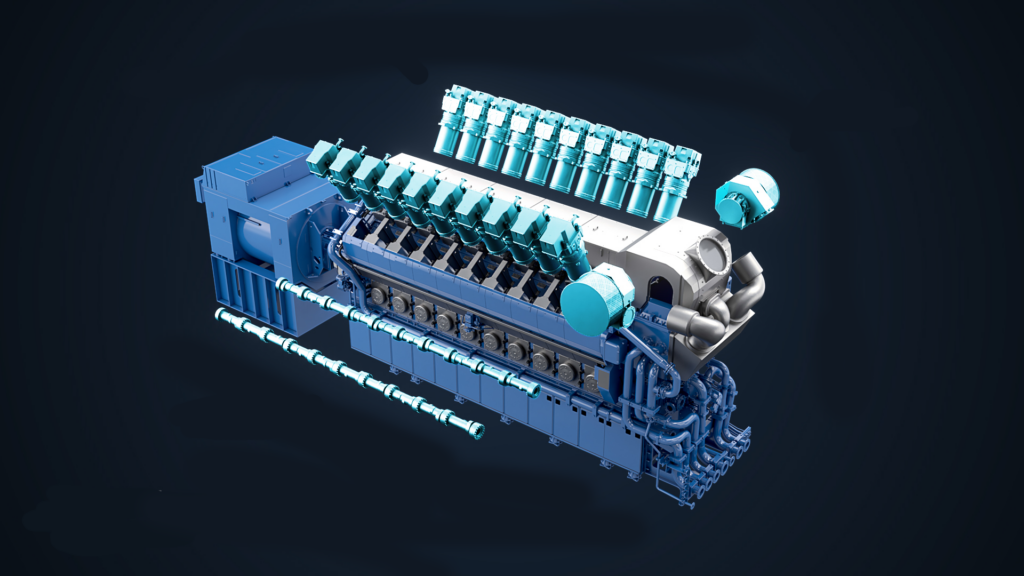 The Ammonia Zero Emission (AMAZE) project was launched by Bergen Engines in January 2022 to develop technology for a fuel-flexible internal combustion engine that has carbon-free ammonia as the primary fuel.