Bergen Engines partners with MSHS in the Americas 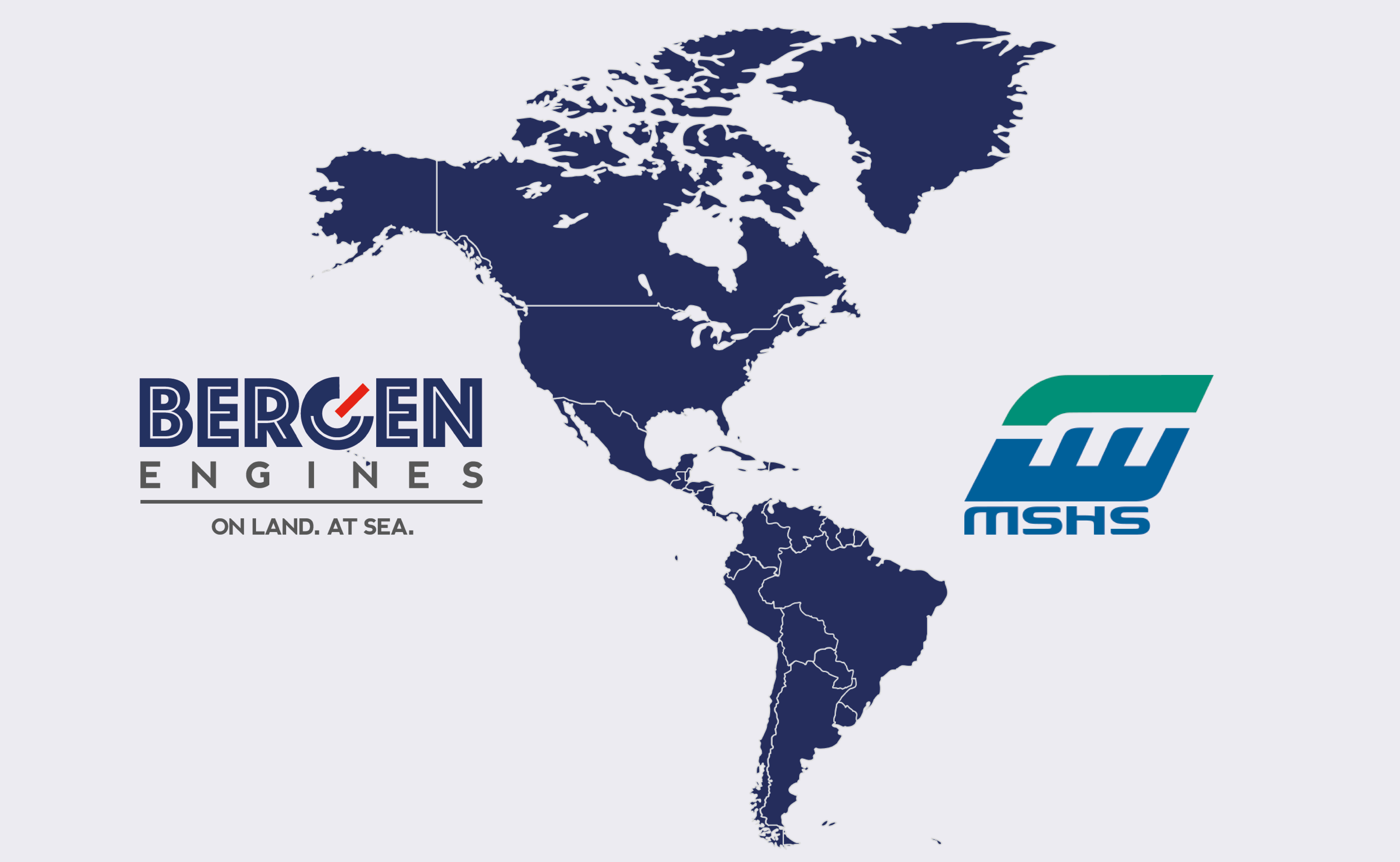 Bergen Engines, the Norwegian power solutions provider, has entered a sales and service partnership agreement with Motor Services Hugo Stamp Inc. (MSHS) to support its marine and land service offering in both North and South America.

This is the first of several new partnership deals Bergen Engines is expected to sign under its new ownership.

David Miller, Managing Director of Bergen Engines Inc. said: “The Bergen Engines group is confident this agreement will be an important step to ensure our customers a world-class service to our engines and gensets, wherever in the Americas they operate.

MSHS has been a trusted engine service provider since 1983 with extensive technical capabilities to service the world’s leading engine brands. With the recent acquisition of Pacific Power Group, MSHS employs more than 500 dedicated spare parts and service maintenance team members across the Americas.

“MSHS is proud to partner with Bergen Engines.”, said David A. Santamaria, CEO of MSHS, “We are excited to align with a world-class brand that shares our commitment and values.”

The Agreement between Bergen Engines and MSHS was formally signed during the SMM trade fair at Hamburg Messe this week. 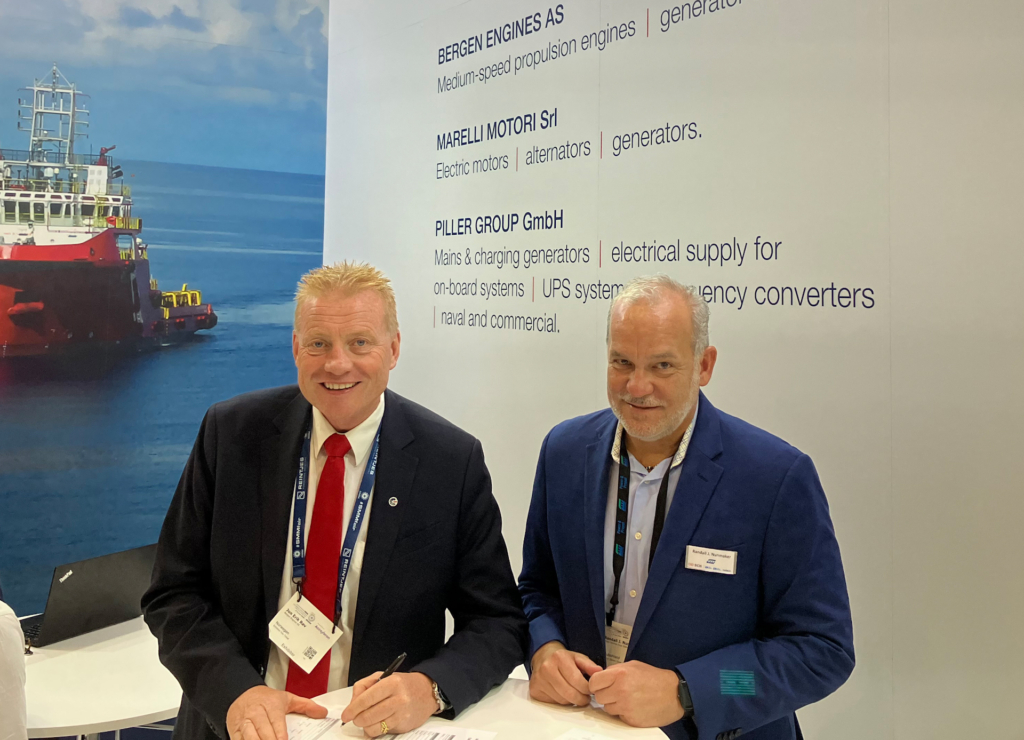 Jon Erik Røv, Managing Director of Bergen Engines group , together with Randall Nunmaker, Director of Sales & Marketing in MSHS at the maritime exhibition SMM in Hamburg on Tuesday, 6 September.

Headquartered in Fort Lauderdale, FL, MSHS is a leading independent, third-party MRO services provider for marine, defense/government, and power generation applications.  From controls, actuation, safety, and governor systems to new high-speed engine sales and high, medium and low-speed engine services and support, MSHS specializes in power generation and distribution solutions for all types of prime-movers. MSHS is the largest Woodward Channel Partner in the Americas and provides clients with unparalleled service and technical expertise from full-service workshops in the Gulf Coast, Pacific Northwest, and South Florida.  MSHS creates value by integrating engine services and engineered solutions with world-class brands. MSHS is a trusted partner for custom and turn-key solutions that reduce downtime while improving operational efficiency.

Bergen Engines produces medium-speed liquid and gas fuelled engines and generator sets are supplied to a broad range of land-based, commercial marine, and naval applications. The Bergen name is a watchword for quality and reliability in its field.

In 1946 the company built its first diesel engine and has since commissioned over 7,500 of its iconic liquid and gas fuelled engines. Around half of them are still in operation today, such is the quality and reliability of a “Bergen” engine.

From 1999, Bergen Engines AS was owned by the British aerospace and defence group, Rolls-Royce plc. On 31st December 2021, the company was acquired from Rolls-Royce by the family-owned engineering and industrial group, Langley Holdings plc, and is now part of the Power Solutions division.

Bergen Engines is part of the Power Solutions division of Langley Holdings plc. Together with sister companies Piller Power Systems and Marelli Motori.

The Power Solutions division was formed in January 2022 to pursue opportunities in the emerging hybrid renewables microgrid sector, whilst continuing to serve traditional markets.

Langley businesses are either outright market leaders, or occupy strong niche positions in their respective fields, providing advanced technologies in a solutions-based approach.

The group’s operations are principally based in Germany, Italy, France the UK and Norway, with 18 production facilities in Europe, the UK and the USA.

The group more has more than 90 sales and service subsidiaries worldwide and employs around 5,300 people.

Langley Holdings was established in 1975 by the current Chairman & CEO, Anthony Langley and remains entirely in family ownership.